Adapting to the Challenges of COVID-19 at the Center for Holocaust, Human Rights and Genocide Education 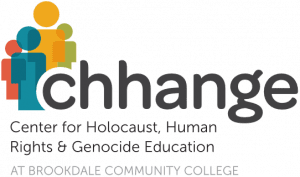 For many of us in this field, the month of April signifies an intense period of genocide-related education, outreach, and activism. For us at Chhange, the Center for Holocaust, Human Rights & Genocide Education, where I am the Executive Director, it signals an uptick in traffic to our exhibit, Journeys Beyond Genocide, an array of commemorative programs, and preparations for an annual art program and colloquium (both in May). Or at least, so I am told; I am relatively new to my position and this would have been my first Genocide Awareness Month “experience” at Chhange. The pandemic reached New Jersey early on, and by the end of March we had decided to transition our programs to virtual platforms. This was so well received that we created additional programs to engage with our community and come together even as we self-isolate.

Transitioning to online platforms was a heavy lift for us. We are a 501(c)3 nonprofit with just three full-time staff. Fortunately, our dedicated volunteers, board members, and contract staff offered tremendous support and encouragement. Brookdale Community College, where we are housed, also provided us with support. In addition, networks like IAGS and the Association of Holocaust Organizations network quickly became a space for collaboration, information sharing, and moral support. We mapped out seven virtual programs for the month: four Lunch & Learns on women during the Genocide against the Tutsi, Holocaust Survivor Helena Flaum, Armenian Genocide Survivor Dr. Khachig Boghossian, and the Queer ABCs, and commemorative programs for Kwibuka26, Yom HaShoah, and the Armenian Genocide Remembrance Day.

Like many educators and institutions confronted with the sudden pivot to online teaching and learning, we faced a steep learning curve. Our first program harked back to our roots; over 40 years ago, Chhange began as a standing-room-only lunch and learn series dedicated to teaching the Holocaust. Now virtual, our first Lunch & Learn took place via Zoom and received interest across four continents. This was encouraging news – we were clearly meeting a need – but our Customer Relationship Management software was not built for international registrants. So, we opened up the process, not realizing that this first program coincided to the day with a flood of articles featuring the perils of Zoom. Our first program ended in disaster. We were targeted by anti-Semites and racists in a coordinated hacking attack. It was a jarring experience, but it also affirmed the necessity of this programming. The rise in hate crimes around the United States in response to the pandemic is alarming but, especially among our community, not surprising. Our Center was built for these times: the need for innovative education dedicated to the elimination of antisemitism, racism, and all forms of prejudice is all the more pressing today.

But it was a difficult balance – creating a welcoming environment with as few barriers to access as possible and ensuring necessary security measures to protect our community. We set up safeguards to avoid further attacks and continued our Lunch & Learn series.  In a positive turn of events, the series was so well received, we put every program up on YouTube as a Professional Development opportunity for educators. In addition, we now plan to implement it as part of our “normal” (whatever that shall mean) programming moving forward.

Transitioning to virtual commemorative programs forced us to drill down to our priorities – attention spans on the web are much shorter than in-person programs (in truth, they are shorter all around, but that’s for another discussion). In the end, our priority was testimony. Our Kwibuka26 program featured child Survivor Yannick Tona who shared an abbreviated version of his testimony and participated in a moderated Q&A. Our Yom HaShoah program similarly featured testimonies from three Holocaust Survivors (each who, in an interesting turn of events, chose to address the pandemic), and a candle lighting ceremony that featured photos of Survivors lighting candles at home. And our Armenian Genocide Commemoration included a live-streaming of the film “The Stateless Diplomat,” featuring the story of heroine Diana Apcar (and told primarily in her own words), and a Q&A with her great-granddaughter and the film’s creator, Mimi Malayan.

Each program was hosted via Facebook Live, selected because it offered the fewest barriers to access for our community members without compromising security. The programs were successful and offered some notewortht benefits. No longer limited by geographic constraints, many housebound seniors, including Holocaust Survivors who had previously been active with Chhange, were able to participate in our programming. In addition, our footprint of impact expanded. Thousands of people from around the world (spanning five continents to date), have participated in each commemorative program. And the decision of the speakers featured in each program to address the pandemic also provide time capsule pieces about how our society is addressing this pandemic. Their messages of resilience and hope resonate that much more in our current times.

A few months ago, I would have been the first to argue that the virtual sphere offers an imperfect medium for such intimate experiences like a genocide commemoration. But the pandemic has been a defining moment for many of us. For us at Chhange, this crisis has been defined by our efforts to innovate and harness virtual platforms to meet the needs of our community, near and far, and facilitate ways for us to come together even as we are so far apart. I am tremendously proud of my small-but-mighty team and the community – including many members of IAGS! – that has helped lift us up.

The International Association of Genocide Scholars has formally passed a resolution declaring the Rohingya Persecution a Crime of Genocide and Crime Against Humanity. Read the

All members should have received the ballot for the 2019-2021 Executive and Advisory Board. All biographies can be found here: Ballot Voting will be open through

The Women’s Caucus of Genocide Scholars (WCGS) is officially established! The WCGS Founding Workshop will take place on July 14, 2019, the day before the

© 2019 The International Association of Genocide Scholars